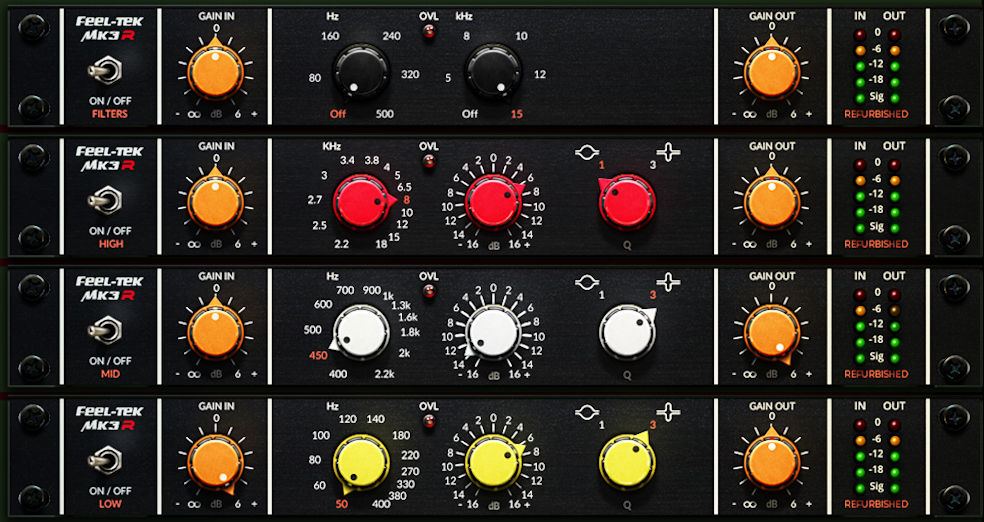 Originally designed in the 1970´s the MK3 was first built and distributed only by the Swiss based company. Later the design was copied and licensed as an eq design for Danner Cassettes. All circuitry for the MK3 is high quality and built according to the standards of the IRT (Institute für Rundfunktechnik). MK3 follows a long tradition of fine vintage broadcast modules. In the beginning these modules were built for radio stations exclusively due to their high factory price. Years later they found their way into recording studios around the world as used and now affordable gear. The MK3 equalizers are fully transformer-balanced.

Download and try the program demo
It works with all Nebula3 and Nebula4 versions
Some restrictions are present compare to full commercial program.