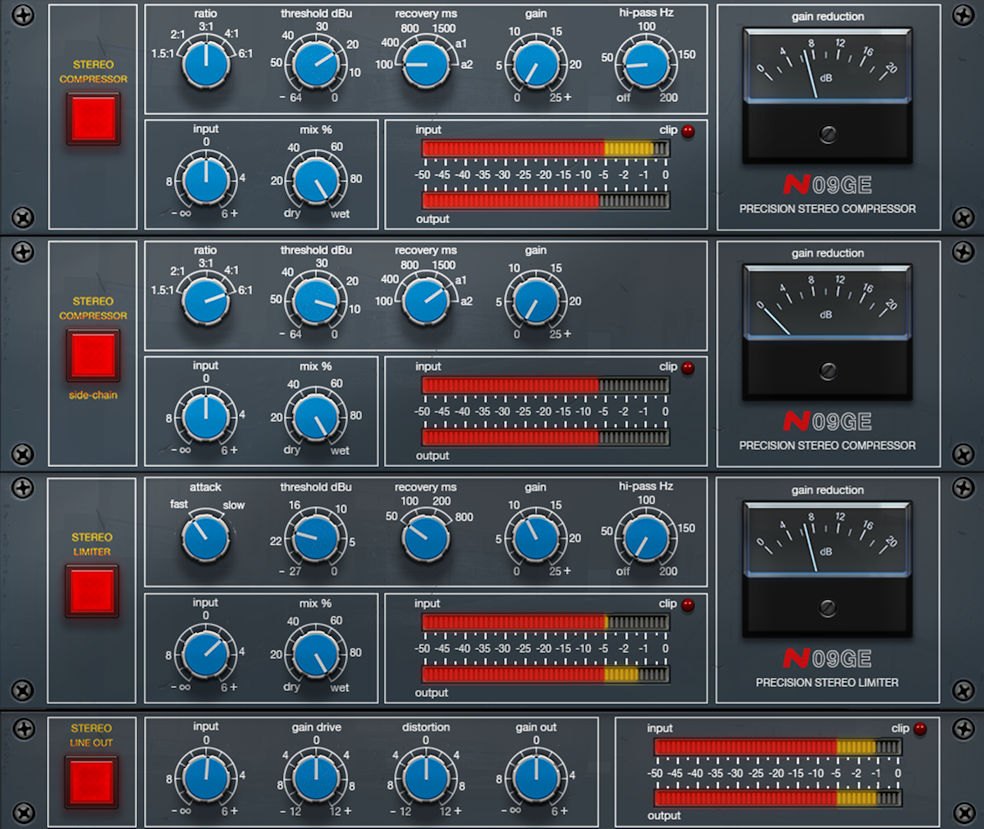 The original often called "Metal Knob” N09 was a rack mounted adaptation of the Class A/B compressor/limiter console modules, which were a later incarnation of the fully Class A N54. All use what's called a "diode-bridge" topology to achieve gain reduction. It is a stereo compressor with an independent limiter section, this is the most desirable version with the original transformers which sounds incredibly musical. N09 manages to sound clean but with character without being weak and harsh. There is little apparent colouration, just a maturity of tone.

The audio files are 96kHz/24bit, RMS and sample matched.
Please, download and listen in the studio with monitors (Music needs air).